After 21 days on Mars, six astronauts emerge smiling and waving into a cloudy afternoon.

That was the scene that unfolded on Sunday at the Ramon crater, in the middle of Israel’s Negev desert, even though the six scientists had in fact never left Earth. For one month, they performed simulated experiments designed to bring humans closer to traveling to the red planet, including three weeks of total isolation inside a specially designed habitat – which they could only leave while wearing an entire spacesuit. The rock-filled rust-colored landscape of the southern Ramon Crater and its temperate conditions were chosen as a densely grounded substitute for the conditions on Mars.

The month-long program, titled AMADEE-20, ended four years of collaboration between hundreds of researchers from 25 countries, including a significant delay due to the COVID-19 pandemic. The initiative was led by the Austrian Space Forum in collaboration with the Israel Space Agency through the Israeli organization D-MARS, established in 2017 to facilitate the program.

The six analog astronauts – so-called because they operate in environments analogous to space – spent three weeks secluded from the outside world, able to communicate only with outsiders via a time delay, ate only the food they had with them, bathed with limited water and solve any problems that arose, including a broken toilet, without outside help. The six scientists from six countries, including Israel’s Alon Tenzer, conducted a series of experiments across many different fields to move closer to a day to send a manned mission to Mars.

“The Ramon crater is a formidable example of a Mars analogue on Earth,” Gernot Gromer, director of the Austrian Space Forum, told reporters Sunday afternoon at a ceremony marking the end of the program. “It has both geological and ecological twins on Mars – it has areas that really look incredibly similar.”

Gromer said that although the six analog astronauts “know they were not on Mars, they were not completely on Earth either.” The habitat built for the experiment is “the most modern, most complex Mars simulation station on this planet,” he added. 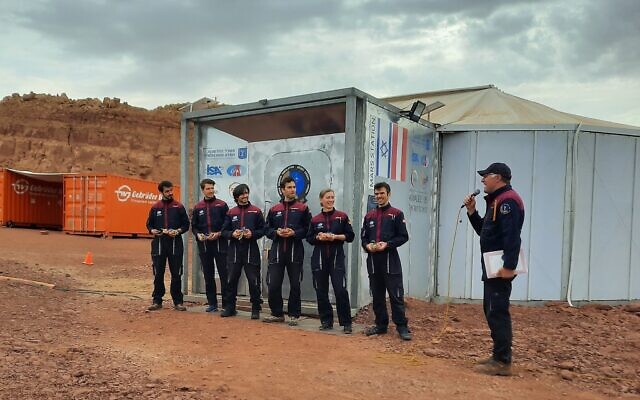 João Lousada from Portugal, who served as the team’s field commander of six people, told reporters shortly after leaving the habitat that he believed their results and experiences had brought people closer to visiting Mars.

“I think we took many steps in the right direction; we learned many things that will bring us one step closer to Mars, ”he said. “Many of the technologies we tested here, many of the procedures, the experiments – all of this will help bring us to Mars in the future. So I’m really convinced that we’ve taken an important step here.”

Scientists believe that human exploration of Mars – which so far has only been seen via rovers and robots and unmanned spacecraft – is not too far in the future.

“We think the very first human to go to Mars has already been born,” Gromer said, “and maybe just go to an elementary school in Tel Aviv or in Shanghai or in New York.”

Public and private ventures are racing towards Mars. Both former US President Barack Obama and SpaceX founder Elon Musk declared that humans would go on the red planet in a few decades. Meanwhile, new challengers like China have joined the United States and Russia in space with an ambitious, albeit vague, Mars program.

While the six analog astronauts were firmly tied to the ground, the experience was still intense and isolating. Restricted to the 120-square-foot, custom-built habitat, they were largely cut off from the outside world, able to communicate only with others via a 10-minute delay.

Anika Mehlis from Germany, the only woman on the astronaut team, said the experience was very realistic.

“It really is not hard to get into this mindset,” she said. “In the morning, when you wake up and look out of the small windows and you see this red landscape and there is no one there and you can not go outside and the only communication is with a time delay, you start to feel really isolated and really far away pretty fast.

“Of course you still know you’re not on Mars,” she added, “but you can really imagine how it would feel.” 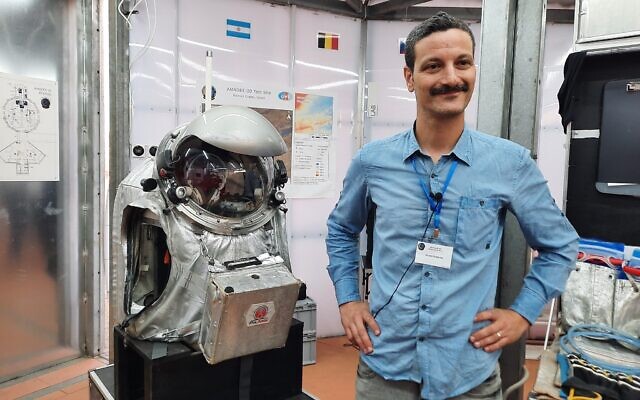 The astronauts conducted a large number of experiments and tested procedures developed by researchers at more than a dozen universities, where each member of the team brings unique expertise to the program. The experiments included 3D printing of space-quality plastic, testing specially designed robotic rovers, and monitoring the physical and psychological effects of the mission on each member of the team.

A significant portion of their work included testing the simulated space suit, designed to protect astronauts from the uninhabitable conditions on the red planet. To account for the change in gravity on Mars, the spacecraft – which would weigh more than 120 kg during a real mission – weighed only 50 kg, still a huge weight that effectively limited the crew’s outdoor activities.

Alon Shikar, vice president of D-MARS and the architect who designed the habitat, said the astronauts’ experience will help streamline the design of future space habitats.

“Now, after the experiment is over, we can get the full picture of the places that the astronauts used every day and the places that they did not use,” Shikar told reporters on a tour of the compact structure. “Now we can better and better understand how we can make this place work in the most fluid way.”

The Austrian Space Forum has run 12 other analogue Mars missions, all aimed at bringing humans closer to a day to land on the surface of the red planet.

“Every great journey, no matter how far it goes, starts with the first step,” Gromer said, just minutes before the astronauts left the habitat. “What you see here is truly the very first step … in embarking on yet another journey.”