Tianis Sheila Jones is the young pregnant woman facing charges after police said she threw a “violent tantrum” at a McDonald’s in Lakeland, Florida. The Polk County Sheriff’s Department said Jones was upset over how the restaurant had handled her online order.

Here’s what you need to know:

The confrontation happened on May 19 at the McDonald’s located at 2606 US-92 East in Lakeland, Florida. During a press conference streamed on Facebook, Polk County Sheriff Grady Judd explained that Jones ordered her food online and intended on picking it up at the drive-through window.

She had ordered a Happy Meal, a chocolate shake, a Filet-o-Fish sandwich, sweet tea, and a sprite. Judd said the McDonald’s had “confused some things” with the order and a worker asked Jones to pull up to the third window while they fixed it for her. Instead, Jones parked and went inside the restaurant.

Judd described Jones as being “McMad” over her incorrect food order. He said the workers offered to refund Jones her money, as is also heard in the 10-minute 911 call that was published by WFLA-TV on YouTube.

The exchange lasted approximately 10 minutes. The Polk County Sheriff’s office released about 2 minutes of surveillance footage from McDonald’s restaurant. The video does not have audio, so it is unclear what Jones said to the employees before calling 911.

2. Jones Was Recorded Knocking Bottles & Cups to the Floor; She Repeatedly Stressed on the 911 She Hadn’t Touched Anyone

The surveillance video shows Jones standing at the counter speaking with a McDonald’s worker. About one minute into the video, she starts pushing items off the counter with her left hand. The items included a plastic sign and multiple bottles, as noted in a press release from the sheriff’s department.

Jones then walks behind the counter and throws cups onto the floor. Another woman, whom the sheriff identified as Jones’ sister, approaches and tries to make Jones stop. Jones resists her sister’s attempts to convince her to leave.

According to Sheriff Judd, as Jones was throwing things, she hit some of the workers with the items. He said that footage was not included in the 2-minute video the department released on YouTube.

During the 911 call, Jones was heard exclaiming multiple times, “I did not put my hands on nobody!”

3. Jones Called 911 to Report McDonald’s Was Trying to ‘Cheat’ Her Out of Her Money 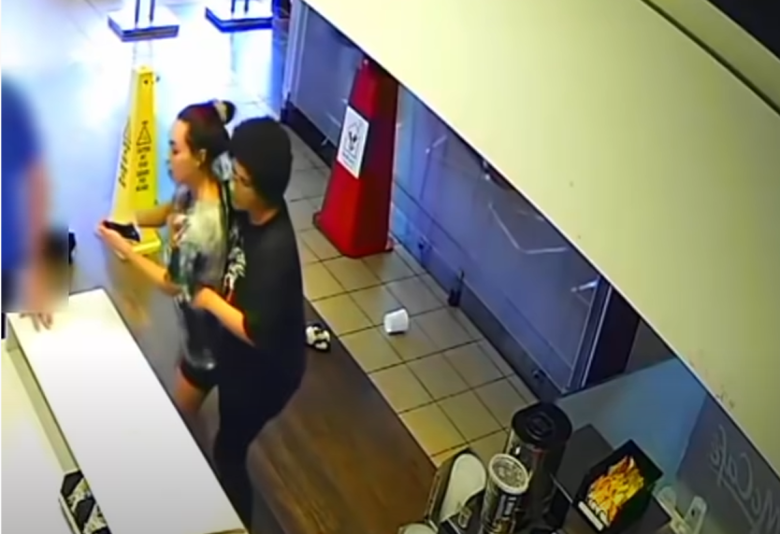 Polk County SheriffTianis Jones called 911 and claimed McDonald’s would not return her money.

During the 911 call, Jones claims she’s been waiting at least 15 minutes for her food order to be resolved. She is also heard stating the food was worth about $ 25.

The dispatcher tells Jones that officers are on the way. The dispatcher also asks Jones for her name at least three times. After Jones dialed 911, she remained on the phone for about 10 minutes and you can hear the call in its entirety here.

4. She Exposed Her Stomach & ‘Twerked’ Before Leaving the McDonald’s 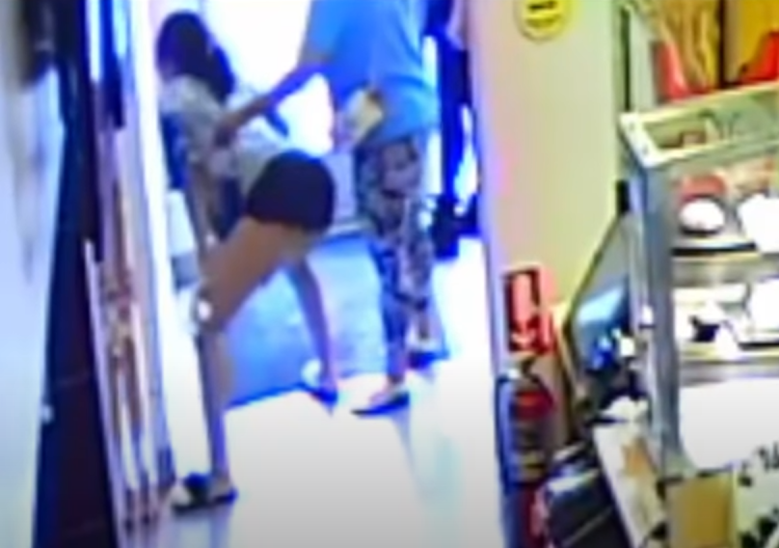 The 911 call picked up parts of the exchange between Jones, her sister, and at least one McDonald’s worker. Jones’ pregnancy is discussed. Someone recommends that she go to the hospital due to the stress of the situation, but it’s unclear exactly what Jones said in response because multiple voices are talking over each other.

Before leaving the restaurant, the surveillance video shows Jones lifting her shirt to expose her pregnant belly. She then turns her back to the counter and “twerks.”

The Polk County sheriff said Jones ‘mother was in the parking lot and that both Jones’ mother and sister were “mortified” by what had happened.

Judd added, “I want to tell Tianis, when she comes to jail, we do not have any McDonald’s. That’s right. And we’re not gonna give her any golden arches. But we are gonna give her a pair of silver handcuffs. And then, when she eats, there are no wonderful chocolate milkshakes, no sweet tea, and no sprite. ”

5. Jones Faces Multiple Felonies Including Burglary & Misuse of the 911 System 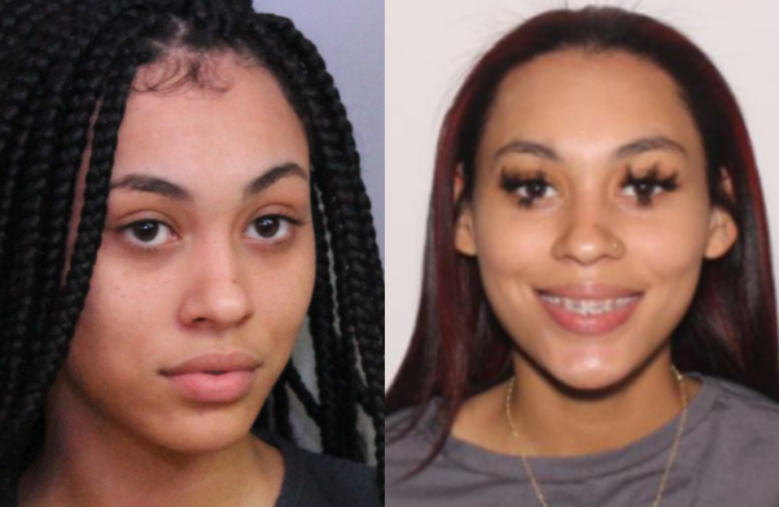 Polk County SheriffTianis Jones has been charged with misdemeanors in the past.

Jones was arrested the next day, according to Polk County inmate records. She spent two days behind bars before she was released from custody on Sunday, May 22, on a surety bond.

Polk County public records show Jones has dealt with law enforcement at least twice since she turned 18. She previously faced misdemeanor charges for driving without a valid license and for failing to appear in court. The sheriff referenced these incidents during the news conference, as well.