An Australian-led study has found varying concentrations of microplastics in mussels sampled from both popular and remote beaches across South Australia.

The findings, made by Flinders University researchers, have stoked fears the plastic particles measuring less than five millimeters are finding their way into human food supplies; regardless of whether it’s wild-caught or ocean-farmed.

Karen Burke da Silva, senior author of a new study published in Science of the Total Environment, said “low to medium levels” of microplastics were found in the mussels, which is a “filter-feeder”.

Samples were taken from ten different sites across the state. This was then analyzed to determine the type of plastic pollution affecting the environment.

“Our findings shed light on the urgent need to prevent microplastic pollution by working with the communities, industries and government to protect these fragile marine systems.”

Sites looked at include: Coffin Bay and Port Lincoln on the West Coast to Point Lowly and Whyalla on the Spencer Gulf, to popular Adelaide metropolitan beaches along with Victor Harbor, Robe and Kangaroo Island.

Some of these are deemed “biodiversity hotspots of global significance”.

“The areas examined include … the breeding ground of the Great Cuttlefish in the Northern Spencer Gulf and marine ecosystems more diverse than the Great Barrier Reef (such as Coffin Bay), so clean-up and prevention measures are long overdue,” Professor Burke da Silva said.

Over a period of less than a year, “high concentrations” of microplastics formed in Australia’s Top End and in the Great Australian Bight.

Trillions of microplastic particles exist in the world’s oceans, with the highest concentrations recently found in the shallow sea floor sediment off Naifaru in the Maldives (at 278 particles kg -1 ).

The lowest levels were reported in the surface waters of the Antarctic Southern Ocean (3.1 x 10)-2 particles per m3 ). 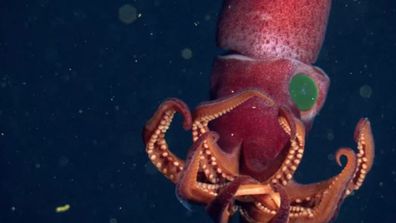