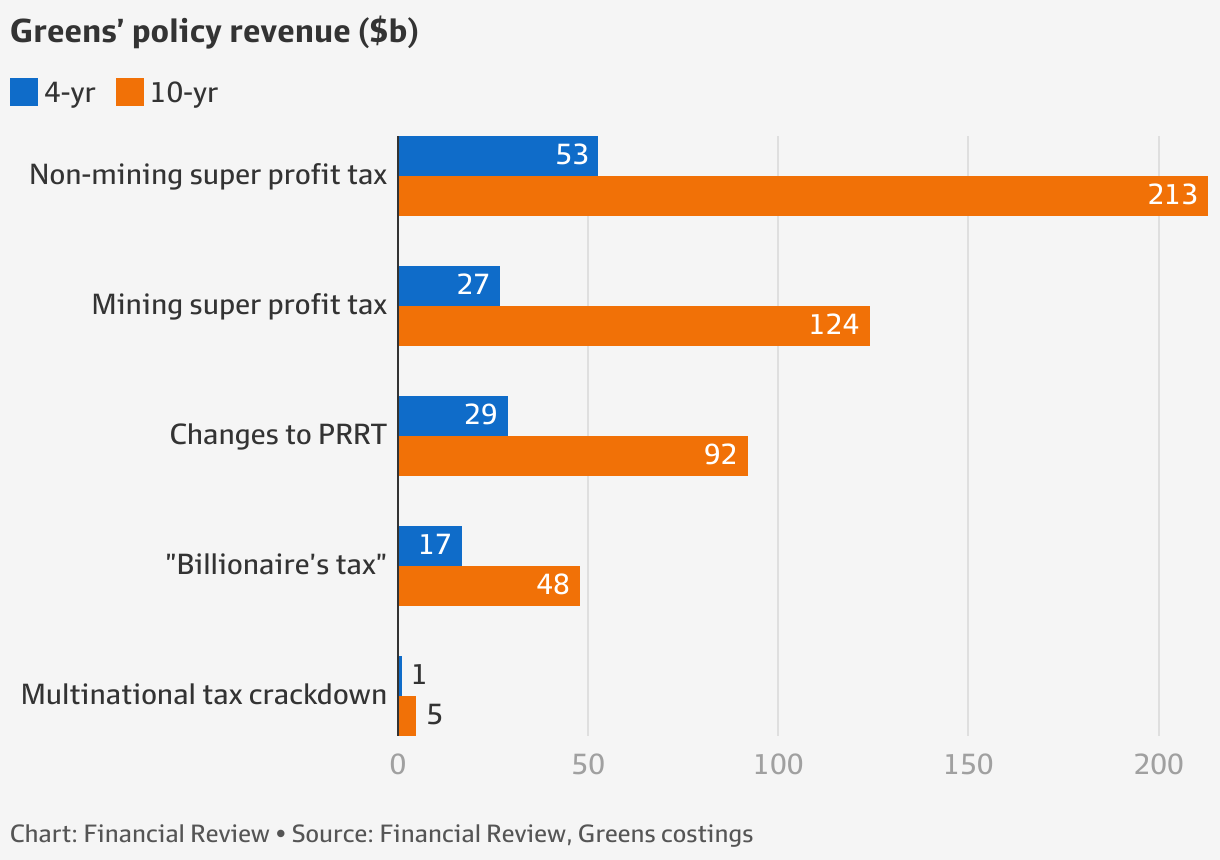 Collectively the package has been dubbed the “tycoon tax”.

The Greens will also seek to impose an annual 6 per cent tax on the net wealth of Australia’s richest 122 people, which it said would raise $ 17 billion over four years and $ 48 billion over 10 years.

The revenue would be used to fund the party’s social policies including raising the pension and putting dental and mental health into Medicare.

But the Parliamentary Budget Office said there was a significant or high degree of uncertainty about the outlook.

It noted, for example, that the new taxes and levies on oil and gas could force projects to close sooner than expected as they would become unviable.

That could be a feature rather than a bug, however. Mr Bandt told the National Press Club last week that “burning coal and gas is killing people”.

The 40 per cent corporate super profits taxes also may not raise as much as Mr Bandt claimed in the short term.

Under the proposed tax, when Australia’s 10-year bond rate goes up, the amount of money raised goes down, and since the policy was proposed the bond rate has more than doubled from 1.2 per cent to about 3 per cent.

Based on 2020-21 results, the Greens estimated the Commonwealth Bank would have paid $ 1.2 billion more in tax, taking the total to $ 4.7 billion.

But based on the Greens’ equation, with a higher 10-year bond rate the gap between how much tax would be raised from the big four banks alone would be about $ 1.5 billion.

The costings by the PBO also use the budget assumptions to determine the long-term bond rate over 10 years. The budget assumed the 10-year bond yield would remain at 2.3 per cent until 2026 – it is now already 3 per cent.